Two summers ago I posted about RiffTrax, a project wherein the writers/stars of Mystery Science Theater 3000 (Mike "Mike" Nelson, Kevin "Tom Servo" Murphy, and Bill "Crow T. Robot" Corbett) were recording and selling MP3s of their snarky commentary to play in sync with Hollywood blockbusters and classic turkeys. They also occasionally perform live (e.g. this week at the Castro).

Now the original writer/star of MST3K (Joel Hodgson) has assembled several of the other "original" writers/stars to create their own retread of the brand, here called Cinematic Titanic. This project retains MST3K's emphasis on colossally bad (and inexpensively rights-managed) movies, and have released their first film, The Oozing Skull, as a DVD.

Hodgson does have Trace Beaulieu (the "original" Crow T. Robot/Dr. Forrester) and Frank Conniff (TV's Frank) on board, but Mary Jo Pehl did most of her work during the Nelson era (and has appeared on at least one RiffTrax project). And the "original" Tom Servo, Josh Weinstein (also participating), had quit before the shows appeared on Comedy Central, so the only Tom Servo I know is Kevin Murphy (on the RiffTrax team).

Keeping up with this is starting to feel like following The Temptations.
Posted by cjereneta at 2:01 PM No comments:

What have you changed your mind about? Why? 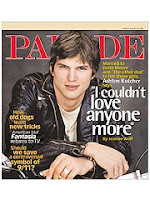 I discovered this list courtesy of Mark Morford. I occasionally read Morford, with reluctance, because he's such a shrill ranter. This list, however, is worth sharing: what have you changed your mind about? why?

Take a look at Morford's other "Top 12 Top 10's," including Parade Magazine's analysis of the world's cruelest dictators (Parade Magazine, people!), and Fox News' Top 10 Climate Myth-Busters.
http://www.sfgate.com/columnists/morford/
Posted by Deirdre at 11:27 AM No comments:

The "Blog" of "Unnecessary" Quotation Marks

This site just keeps getting funnier every time I visit it.

I wish I could say I discovered it, but I have to give credit to Chris for showing me. He kindly refrained from posting it here, reserving it for my triumphant return to Blognabbit.
Posted by Christa at 2:13 PM 2 comments: